1Dancin’ Mama With a Red Dress 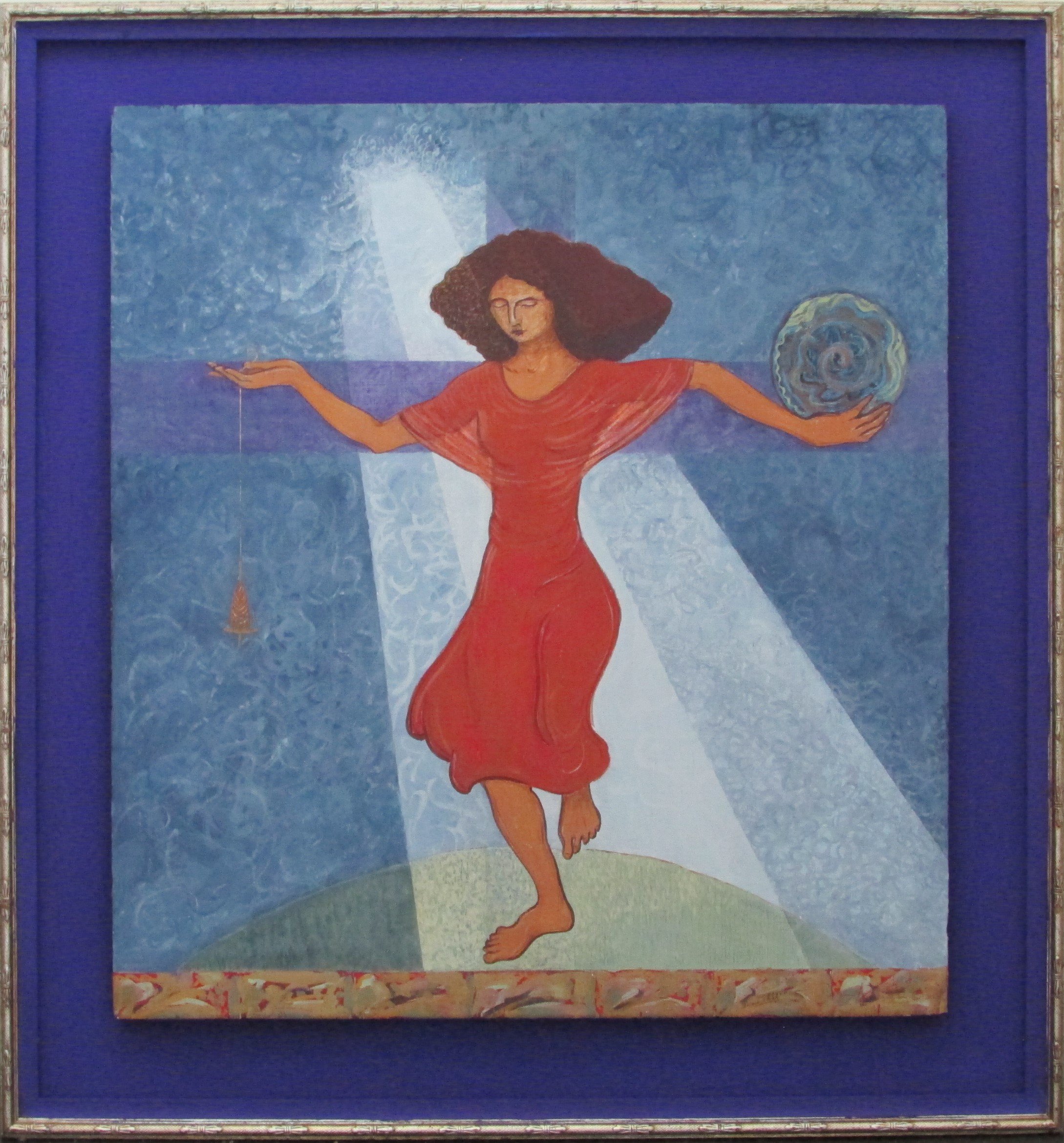 1Dancin Mama was born in Spring of 2009 when many stories and events brought the issue of abuse of women (domestic violence, rape, poverty, denial of education, even slavery) strongly to my attention. Though I wanted to express my anguish and horror at such mistreatment of human beings in a painting -- I first thought to show the subject on a crucifix --  the painting I planned would not come together in my mind. How could I express another's torment? What good could one more image of suffering produce? As I worked, the image that emerged was instead the image of a triumphant dancer rather than a victim, spinning golden thread.

Casein paint with a touch of gold on wooden panel. Color note: the border is not royal blue but royal purple; some monitors have a problem with purple.  25" x 23.75"